Dr. Ranjini Manian has spent over two decades as entrepreneur, cultural ambassador, author and philanthropist connecting global citizens to India. She currently serves as the Founder-Chairperson of Global Adjustments Foundation (a nonprofit organization) whose mission is to empower women and girls by providing them life leadership coaching through the ChampionWoman workshops in Schools, Colleges and Workplaces. Global Adjustments Foundation has touched over 100000 lives in disparate groups such as Corporate and Government workforce, entrepreneurs, teachers, police, soldiers and nurses. The Foundation’s goal is to maximise emotional, physical and leadership skills for a million women.

Prior to this, she was the Founder of India’s premier relocation and cross‐cultural services company – Global Adjustments and editor of India’s only free cultural magazine for global citizens – Culturama. She has helped over 450 companies such as Amazon, Apple, BMW, and Ford succeed in India, and has facilitated the cultural immersion of thousands of worldwide business families.

Dr. Manian has served on the Harvard Women’s Leadership Board and authored books such as “Doing Business in India for Dummies”, “Upworldly Mobile” and “Make it in India”. She studied psychology and French literature from Bombay University and Sorbonne University in Paris. She holds an honorary doctorate in literature recognising her leadership in promoting cultural understanding across the globe. 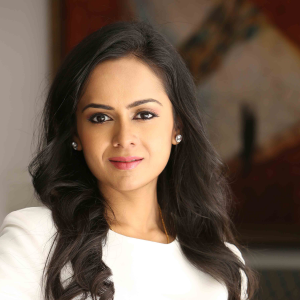 Rohini as CEO of parent company Global Adjustments, brings her international educational experience and entrepreneurial mind-set to help the cause of ChampionWoman. She believes financial independence is key to women’s empowerment and provides women with ample opportunities in the workforce.

Lakshmi Subramanian
Executive Director
Lakshmi started her career as a banker. She brings in 18 years of experience as a senior leader in a multinational bank and 12 years of facilitation skills to the Champion Woman workshops. She enjoys enabling women to flourish in the workforce. She is a role model in this. 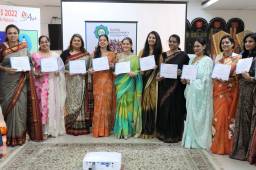 Sowmya Easwaran
European Ambassador
Sowmya Easwaran has worked in the energy management sector for over 28 years. She started her career in India in her family business, followed by 25 years in General Electric and ABB, in the US and Europe. Currently located in Amsterdam, she volunteers her time to scale and support Global Adjustments Foundation as the European Ambassador
Jaya
Programs Ambassador, USA
Jaya started her career in the IT sector in Bangalore, India in the early 90s after her Masters in Computer science and moved to the United States where she worked with Cisco Systems - the networking giant in various technical roles leading major programs over two decades. Currently, She lives in San Ramon, California and volunteers her time to scale and sustain the Championwoman movement as the North America Ambassador.
Chitra Ravi
Finance Manager
Chitra has 30 years of experience in managing accounts, finance and audits. She brings her administrative skills to facilitate the smooth functioning of the Foundation.
Gayathri Kumar
Digital Learning Consultant
Gayathri is a Digital Learning Consultant with two decades of experience creating behavioral and technical e-learning courses for some of the leading global companies such as Google, VMWare, AstraZeneca, Pfizer, Southwest Airlines, and Cisco. Presently, she has come onboard the Champion Woman team to lead the content design for its mobile app.
Jaishree Chandrasekar
Life Coach
Jaishree is a leader with over 28 years of corporate experience from five top tech companies. She uses her background of people and project management along with her process and executive coaching expertise to amplify the outreach of the Champion Woman workshops.
Rajee Bala
Social media consultant
Rajee is skilled in video and photography, enhancing the digital space of championwoman. A trained yoga instructor she inspires our participants to unite mind and body through breath.